By Harben Marketing December 12, 2019 No Comments

SERVPRO is a proud sponsor of The SERVPRO First Responder Bowl on Monday, Dec. 30th at Gerald J. Ford Stadium in Dallas, Texas. This is the second annual SERVPRO First Responder Bowl, and it honors the sacrifice and service of those who stand as the first line of defense in local communities. This year’s game, televised by ESPN, will feature the Western Michigan University Broncos and the Western Kentucky University Hilltoppers. SERVPRO asked their local teams to submit the name of a local first responder to be considered for special recognition at this year’s game. Nominees included firefighters, police officers, EMS workers, correctional officers, security guards, search and rescue, dispatchers, federal agents, border patrol agents and other personnel who have specialized training. These heroes are often the first to arrive and provide assistance at the scene of an emergency. One first responder from the nominees will be honored with an award presentation on the field at the game. The selected first responder with also receive complimentary airfare, accommodations, and tickets for the game. 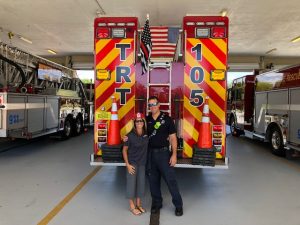 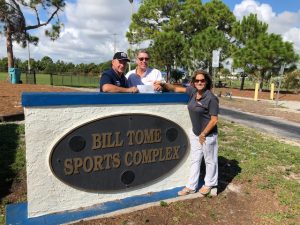 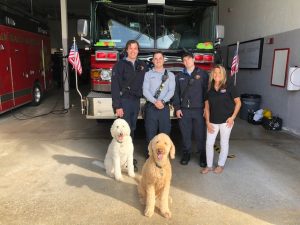 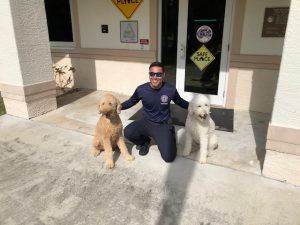 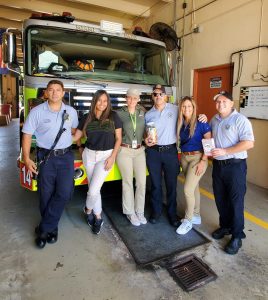 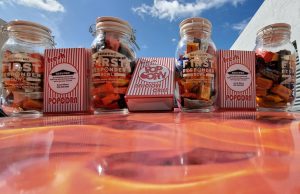 The South Florida SERVPRO teams in Miami, Cutler Bay, Lake Worth and Boynton Beach embraced the recognition and celebration of local first responders. Their teams visited local fire houses and police stations delivering popcorn and candy as a show of appreciation for their dedication keeping the communities safe. They also asked for assistance in identifying first responders in the local area deserving of the special recognition. The response was overwhelming. South Florida cities have no shortage of brave first responders who make a difference in the local communities every day.
SERVPRO owner Miles Early Sr. and V P of Marketing Tracie Taylor were proud to announce the nomination of local first responder Bill Tome. Bill has been a police officer for more than 35 years. He began his career in Delray Beach Florida in 1981 and retired from the Boynton Beach Police Department. He began working for the Boynton Beach Police Department as an undercover narcotics officer.  After this experience, he recognized the need to keep the youth off the streets and involved in positive programs. Bill was chosen by the police department to begin a pilot program called “Recreation, Athletics and Police” (RAP). He has worked with the children of our South Florida communities for over 25 years.
The purpose of The Bill Tome Foundation for Kids & Families, Inc. is to enhance the lives of the inner-city youth. The non-profit organization, run totally by volunteers, seeks to “level the playing field” for these youths by offering financial assistance for back to school clothing and supplies, enrichment and extracurricular activities and summer camps. Through athletic programming, the goal is to keep kids involved in organized activities combined with mentoring and positive role modeling to help them steer clear of the criminal justice system.
We appreciate the dedication and bravery of all first responders. Tune in to The SERVPRO First Responder Bowl on Dec. 30th  to watch first responders receive the recognition they truly deserve.