SERVPRO of Norristown and SERVPRO of Manayunk/Chestnut Hill worked with the Norristown Fire Department and the Norristown Police Department on the annual event to provide Christmas trees to 100 local families in need. The event was held at Montgomery Hose Fire Company. Their SERVPRO team donated 100 Christmas trees for well-deserving families in the community. The police have been involved with the project since its inception, but it’s the first year for the fire department, noted fire chief Tom O’Donnell. 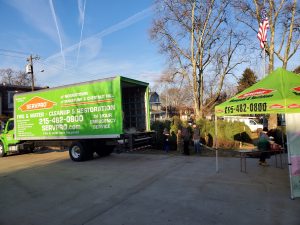 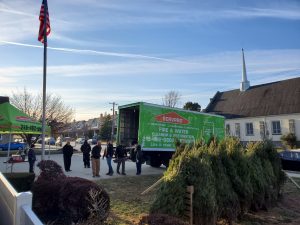 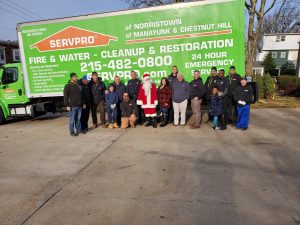 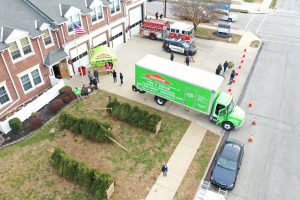 “We selected the families based on information from all the school principals in the Norristown school district,” O’Donnell said. “We pre-selected 100 families and will be giving the trees to them. SERVPRO is a community-based business that partners with the police and fire departments on programs here in Norristown. SERVPRO owner, Brian Turpin, generously donates 100 trees to the people of the Norristown community.”

“This is the fourth year we’ve done it. Last year was incredibly successful and extremely emotional,” Brian Turpin noted. “The police officers had football catches and leg races with the kids. We supply the trees and the men to tie them onto the cars and the city of Norristown gives us a couple of their guys and they deliver them to the houses. The police bring their K-9 dogs out. It’s a really cool event.”