Spotlight On Our Client: Spectrum Coatings

By Harben Marketing February 19, 2020 No Comments

Spectrum Coating Enterprises, Inc. exhibited its firearms finishes for the first time at the SHOT Week Supplier Showcase on Jan. 21-22. Held at the Las Vegas Sands Expo Center, the showcase was a dedicated event presenting products to shooting, hunting, and outdoor manufacturers.

They spotlighted their Cerakote and Hydrofilm products along with the “We the People” and the “Why So Serious” custom-designed firearms. For nearly two decades, Spectrum has been a leader in applying superior protection and decorative finishes for the firearms industry. Premium protective coatings, the ability to produce at a high volume, and offering a fast turnaround are just some of their key selling points.

“We had been to the show before, but this was our first time to participate with a booth,” said Owner Steve Taylor of Spectrum Coating Enterprises, Inc.

The full show, which brings attendees and companies from all over the world together, takes place on five floors. It covers about 700,000 square feet or close to 16 acres of exhibit space. 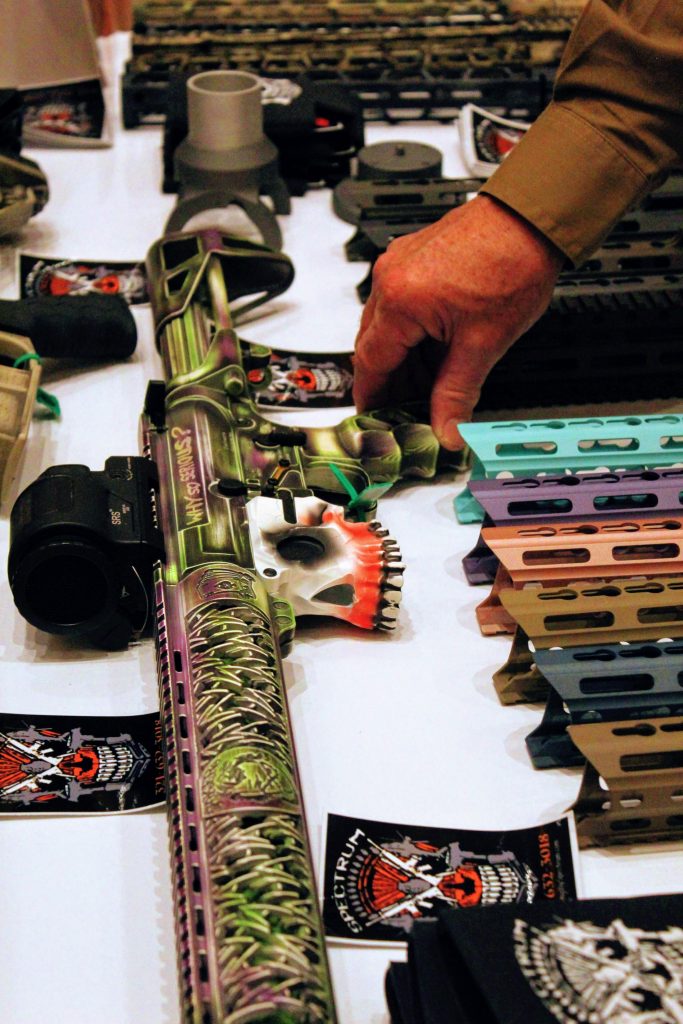 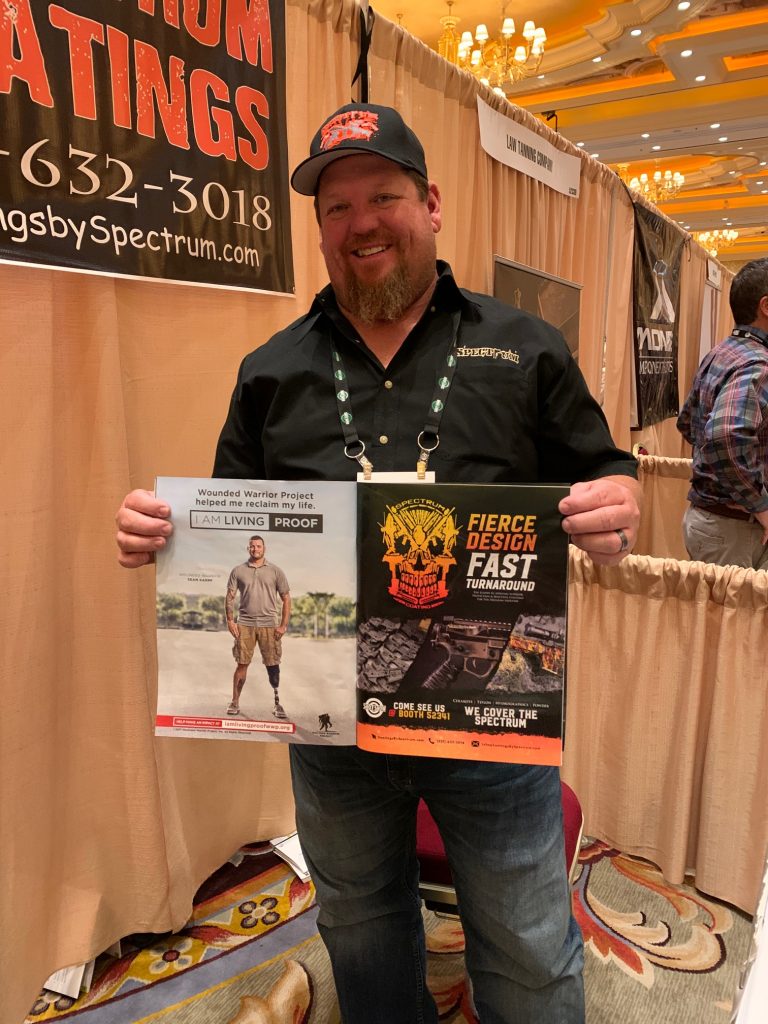 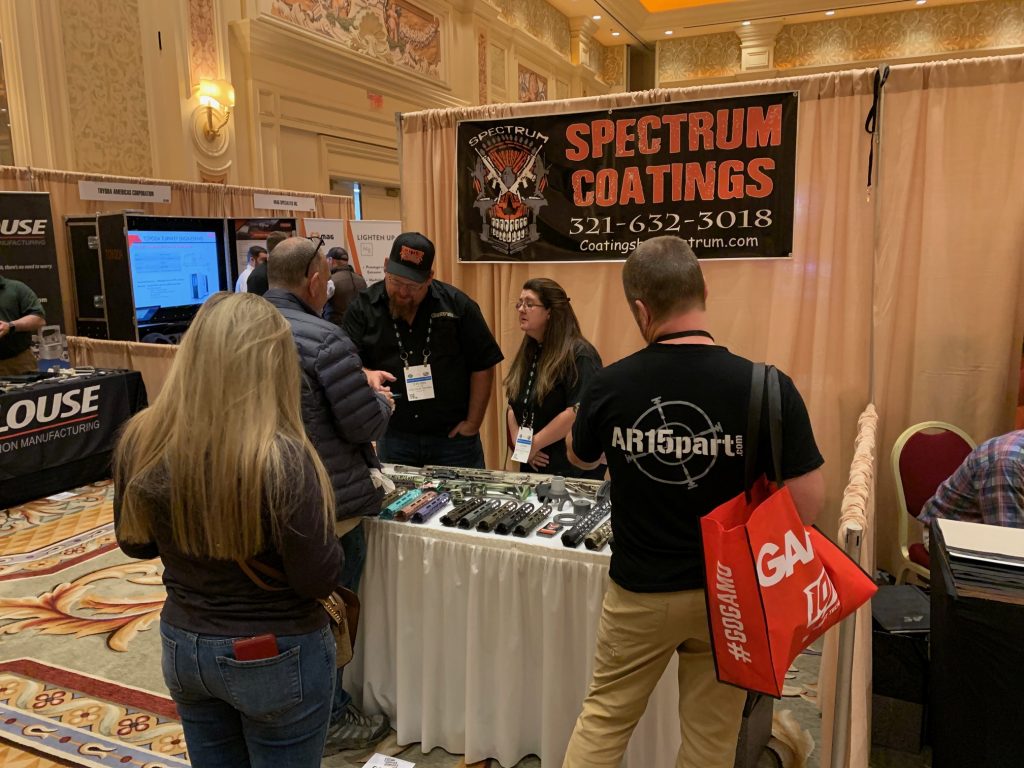 The SHOT Show was a dedicated two-day event on the fifth floor loaded with 500 plus suppliers. Taylor shared a unique interaction when a U.S. sales manufacturer of high-end scopes brought his Chinese counterpart to their booth.

“Though the coworker knew all about scopes, he had never looked through one attached to a firearm because guns are strictly controlled in China. We watched as he cautiously lifted it to his shoulder, pointed the gun toward the ceiling, squinted his eye looking through the scope, and then there was a broad smile,” said Taylor. “We didn’t speak the same language, but his face said it all.”

Some of the companies who stopped by the booth included: Kimber Manufacturing, the world’s largest producer of 1911 pistols; Beretta USA Corp. in production since 1526; Aero Precision, a gun manufacturer whose roots are deeply tied to the aerospace industry; and ODIN Works Manufacturing, a favorite of competitive shooters, and officially endorsed by the U.S. Army Marksmanship Unit.

The Spectrum team also met with representatives of Southern Grind, Zac Brown’s Georgia-based knife company. “We customized a firearm for the band’s foundation a while back,” said Taylor. “We are looking forward to hopefully supplying coatings for their knives.”

“The best part as always, was spending time with and seeing the success of our long-time Florida clients, Ivar Johnson Arms Inc. of Rockledge, and Kel-Tec based in Cocoa,” said Taylor.

Harben assisted Spectrum as they prepared for the show by designing ads, writing copy, buying media, and sending 500 custom emails to potential clients. Onsite, Harben staff provided support with real-time social media posts and assisted with the show’s mobile app, which allowed for scheduling meetings, downloading products, and scanning the QR code of attendees while simultaneously downloading information to a database for after the show sales and marketing.